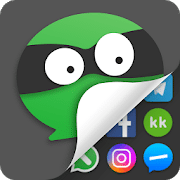 We all have downloaded some apps which we find to be very personal and so we do not want others to either see it or use it at all but how do we prevent this from happening? Okay, it all right to have a pin, password or a pattern lock for your phone but you should know that what these methods of locking your phone can do at the max is to prevent general access to your phone. They are not restricting access to each of your apps separately but the phone. So once anyone can unlock your phone, he sees everything including those apps you might have considered private. This even goes beyond people just seeing those apps you don’t want them to see because with access to your phone- by access I mean unlimited access to your phone- a third party might assume your Identity to do a lot of things. A third party who has access to your phone might take that chance in glancing through your gallery and posting images and other stuff on your Facebook or another social network; they might even have access to your bank accounts which will enable them to make purchases in your name.

APP HIDER – Best ways to Hide Your Apps
Now, what are the options you may consider to prevent this unfriendly occurrence from happening? So that next time your parents borrow your phone, they won’t get to see that your photo or video you decided to keep but you don’t want them to see or that app that is rated above eighteen which your little siblings might tend to see if they pick of your phone to play some games. While there are some apps designed explicitly for IOS or Android smartphones to function as an app hider, there are also some best ways to hide your apps. There are some simple tricks you can also use in protecting your apps, especially on IOS devices.

For IOS devices, all you need is a simple trick, and downloading app hider might just be wasting your device’s memory. All you need to do when using an IOS device is to create a folder which you will have to release in a dock. To do this, you will need two folders. The first folder is for you to drag those apps you want to hide in the first folder and then drag the first folder into the second folder. That means we now have a folder within a folder. You can change the name of the folder into one unattractive name. Now tap on the folder two and highlight folder one so that you can drag the folder one out of folder two to the dock area. In the course of doing this, folder two will disappear and wait until it goes before releasing the folder one into the dock. You won’t find any of the apps on your screen anymore even including the folder, but you can fetch the app you want by typing the name of the app you have hidden using the search bar. It’s so simple and very effective.

For Android devices, you are left with two options. It is either you download an app hider, or you do some simple android tricks too. App hiders such as app lock, file hide expert, keep safe, hide app-hide and others like them will give you a more organised and stress-free hiding option. These apps allow you to drag in any apps you want to hide into them while they are all protected with a pin or passwords of your choice. Well, using these app hiders will leave intruders with the feeling of you having things you want to hide. The other means are you trying to use an app hider inclusive launcher like the Nova Launcher. This launcher has a hide app feature included in its nova setting area.

Read More : How to Hide Whatsapp Number in Group 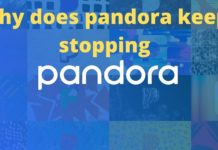 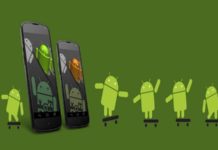 5 Most Innovative Apps for your Android Phone 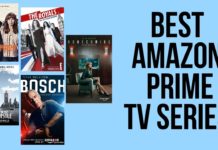