Xbox has been in the market since 2001 and it has been winning the hearts of millions, be your child or your boyfriend, someone who is a gamer at heart will cherish the Xbox as it will not only be valuable gaming console but will be useful too as it provides many additional functions too such as one could stream incessantly, one could watch the video on HD too.

Maintaining the Xbox is very easy. If you knew the structure of the Xbox and how to start the process then you will be fine.

The Xbox 360 is unlike the Xbox One. Xbox one is an updated version and has to be dealt with very delicately. Let us start. In this article, we will discuss how to clean Xbox 360, what equipment you need to clean it, and the tips so that you do not make any mistakes while cleaning it.

What Kind Of Stuff You Need To Clean The Xbox 360:

Everything that you need to clean the Xbox 360 will be available to you in your home. Those things are very easy to come by and if not, you can even but the materials.

Tips To Remember While Cleaning The Xbox 360:

These tips are very important for you to remember as this will be handy.

How To Clean Dust Out Of Xbox 360 Without Opening:

It might seem a bit tough but trust me it is easier. Here are a few easy steps to clean your Xbox 360 without opening it.

Water is the enemy of any electric equipment. It can mess up the whole system and you cannot even claim it in your warranty. Anything that happens on your end will not be covered by warranty.

Do not let the dust settle inside your console. It can harm the whole system. Even after compressing the dust your problem occurs then it is time for service.

Here are the steps to clean the Xbox 360 fan.

1. First, remove the plug and then safely place the Xbox 360 on the towel horizontally.

4. Now put the Xbox face down and remove all 14 screws and turn it upside.

5. Now dislodge the outer case from the bottom case. Remove the screws from the back case.

6. Blow out the fans and the blades with compressed air. This is how to clean Xbox one vents.

Cleaning it is easy.

2. Brush off any dust that there is in a vertical motion.

3. If there is a light scratch or something then you can simply wipe it with lightly damped cloth.

How To Clean An Xbox 360 Disc Reader:

You have two ways to get it cleaned.

1. You can either ship it to the service center to get it cleaned.

2. You can take your disk and fold it in a soft microfibre, place the disc on the disc reader and insert it and remove it. Keep the process going on for at least 4-5 times until you are satisfied.

How To Clean The Xbox 360 Controller: 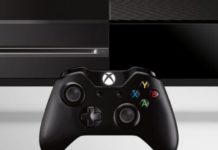 Buttons Got Jammed On The Xbox controller? Here’s how To Clean It! 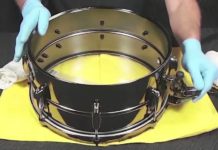 How To Clean Your Drum Sets

5 Tips to Make a Good Cappuccino

What Are Taurus Strengths and Weaknesses?

How To Modernize Your Business