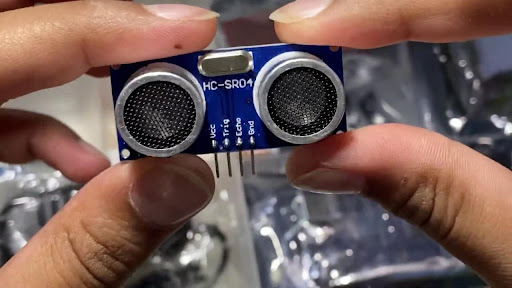 Today’s world is completely made of sensors. Everywhere you look, there’s a device that’s measuring something and adding to an automated process. There are even small invisible gadgets that you can’t even see, and yet they’re making the world a better place.

You can find them in every single piece of electronics in your car, home, or office. Let’s say that you go into the bathroom in a restaurant and a light automatically switches on. That’s a perfect example of saving electricity and practicality. If there’s no one in the room, why should the light be on? Click on this link to read more.

The same thing is true about detecting fires, a garage door opening when you enter the driveway, coffee brewing at the exact moment you wake up, and adjusting the temperature at home while you’re on your way back from work. Small devices are responsible for all of these features. But, before completely focusing on the specifics, let’s look at an example that will make it much clearer.

Almost everyone has been on a plane, and everyone remembers their first time. You get into a giant mass of steel and aluminum, and you can’t stop thinking about whether this large vehicle will make it off the ground. It hasn’t got moving parts as a bird, and it looks quite heavy.

When the plane takes off, you just sit amazed in your seat about how great technology is and how hard it is to be a pilot. Well, technology makes life a lot simpler. There is something known as Autopilot, or Automatic Flight Control, which takes care of pretty much every variable when it comes to flight.

It doesn’t matter if it’s a commercial plane or a military aircraft. This system always works. It works by combining and calculating the results that come from a variety of sensors that measure maneuvering, fuel levels, obstacle detection, door status, position tracking, and height monitoring.

A computer in the cockpit analyzes all of the data that it receives and gives a simplified display to the pilot. At the same time as the display, the central processing unit also sends out information to the motors, rudders, flaps, and engines to ensure a smooth flight. The mix of mechanics, computers, and sensors is vital in constructing a successful system.

What kinds of sensors are there?

Depending on the literature you read, there are different categories to classify these gadgets. On the one hand, you have extremely simple sensors that do a single task. On the other hand, there are extremely sophisticated devices that cost hundreds of thousands of dollars.

Old fashioned thermometers had a single line of mercury that moved depending on the environment. New devices have batteries in them and give us a digital number on a screen. This is where the classification of analog versus digital comes into play.

Analog essentially means that there is a continuous output signal. The heat around us changes every minute, second, and millisecond. If we add a timer into the equation, we can say that we measured something at a precise time stamp, and that measurement becomes absolute. It’s also much easier to transfer the data digitally than in an analog way.

If you’ve passed your driving test without using a parking sensor, then you probably got amazing spatial awareness. For most people, that’s not the case. You can go to SensComp and find out more. In many situations, you don’t know how close your bumper is to a wall or an obstacle.

Plus, there are many iron poles that simply can’t be seen by the rearview mirrors, even if you’ve got great spatial awareness. For that reason, all new cars have proximity sensors. These little devices tell you how close an item is without requiring touch. There are different versions, but the most popular ones are capacitive, magnetic, sound, or optical.

Most people don’t know how sound can be used to measure distance. That’s done by using higher frequencies than we can hear. The gadgets wait for the sound signal to go back, and they listen for an echo. As soon as the echo comes back, the time variable is set, and the distance is calculated. They can be used in airplanes, industries, cars, and mobile phones.

These fall into the category of photosensors, and they’re essential to making the world easier to live in. It’s one of the most basic sensors because they work based on the varying resistance of a photodiode. The resistance of this component can change.

It’s an inverse equation that’s proportional to how much ambient light is there in a room or a setting. This means that if there’s more light, the resistance will increase. If you want to make a sophisticated system, then two components need to be used. The first one is a diode, and the second one is a transistor. Both of these components must be analog because the light is hard to measure discretely.

Natural gasses are harmful to people, and they’re also quite dangerous to work with. One of their worst characteristics is that they can’t be seen or smelt. This is why things like propane and aromatics are added so that people can be aware when it’s in their environment.

Carbon monoxide is one of the most dangerous because it doesn’t take long to make someone pass out. Plus, smoke is the first indicator of fire. Almost every workplace and industry has numerous devices that detect smoke and fire an alert if the levels rise above normal.

The places which use these sensors the most are factories and kitchens. To be on the safe side, most homes that get constructed have these sensors to ensure a safe living environment.

Tips to make the graphic of your company more exciting 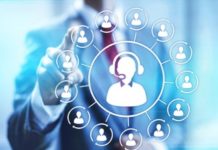 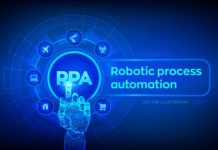 How To Use RPA Solutions for Your Digital Tasks

FUN WITH SWEET CANDY WITHOUT THE CALORIES